Yesterday I successfully completed my (first) century, or 100 mile ride. 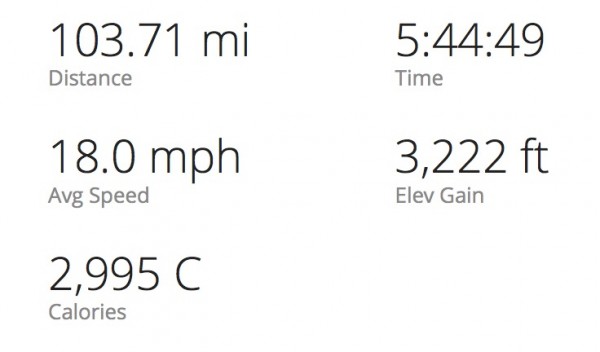 I guess it’s time I stop blaming any training deficiencies on my accident in May. Looking at different Ironman training plans, I’m only a week behind the recommended biking training schedule with this ride. (Swimming, ha! That’s something completely different.)

I must say, the ride went quite well. My legs barely complained about the nearly six hours of effort while my my upper back pain, the bane of my rides, was manageable. 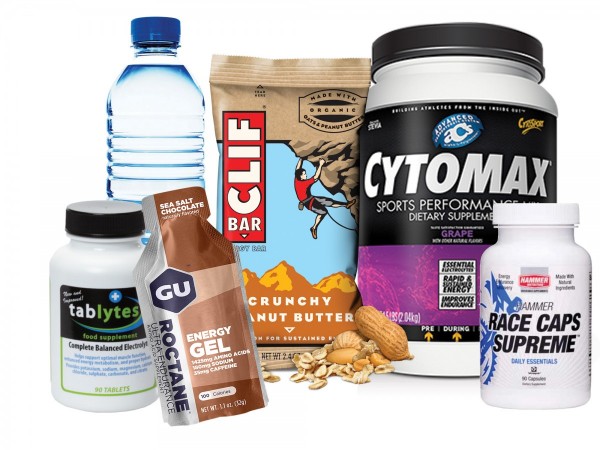 I was a bit surprised at the amount of nutrition I took in. Prior to my ride I popped one elete Tablytes and a few Race Caps (which I find extremely effective) to help keep my electrolytes in check.

I also started with my standard downtube-mounted bottle full of Cytomax  and my BTA bottle with plain water, both of which were refilled with water twice during the ride. I also packed along, and consumed, three Gu Roctanes and two Clif Bars.

In hindsight, I think I could have benefitted from another Roctane or two and a refill of Cytomax. As it is, I consumed around 800 or 900 calories during the six hour effort, or roughly one-third of what I burned. Alternatively, I could have popped another Tablyte to help stave off any cramping.

I will keep all this in mind for my upcoming Ironman. 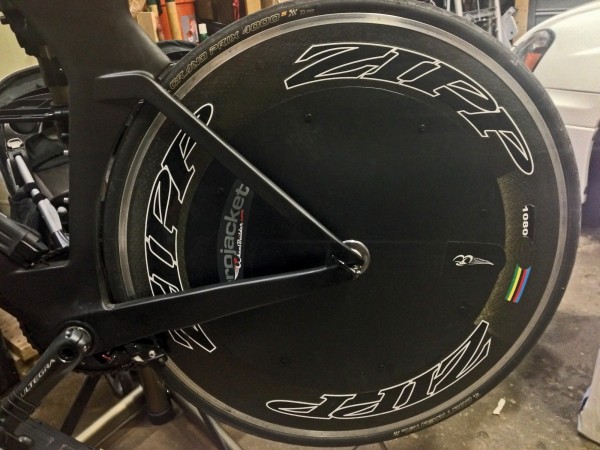 I admit it. I’ll “cheat” however I can. In anticipation of my long course effort, I ordered an AeroJacket disc cover for my rear Zipp 1080. The 1080 was already pretty slippery, but according to Wheelbuilder, the simple addition of a shaped plastic cover makes the wheel even more efficient.

I figure this little addition saved me a good 10-20 minutes of riding over my 100 mile effort. Can’t complain with that!

In case you’re a data nerd like myself, I’ve included a breakdown of how my ride went.

As you can see, I spent a fair amount of time climbing the hills of the Morton Arboretum (green chart), doing four laps at the beginning, the riding out to do two laps of the Fermi Lab, only to return to the Arb to do three more laps to reach 100 miles before heading home.

I kept my speed relatively consistent (blue chart), losing a mile an hour or so over the six hours. However, I will say that I kept my power quite level (purple chart) throughout the ride.

I even managed to set two new personal records.

I Only Met One Asshole

Amazingly enough, I only met one asshole in my six hour ride. This happened at mile 102, on my final stretch home.

This immature fellow thought it was a good idea to pass within a foot or so of me while moving 45-50mph. After alerting him to his poor decision, he told me he is better informed than the Illinois legislature and let me know, after locking up the brakes of his early 90’s Chevy Caprice in front of me and slowing from 50 to my 25mph, that bicycles belong on the sidewalk.

I let him know that he doesn’t have to take out his personal inadequacies on me, though I will admit the mental fatigue of 102 miles of riding made my comeback less than stellar.

Interestingly, this encounter with stupidity helped me boost my final three miles’ average power to 50 watts better than the previous five miles’.