Today’s an amazing mix of fear and excitement. My heart’s racing from the unknown. I’ve never done anything like this before.

The 3am wake up call has me getting dressed into the tightest suit I’ve ever worn, which is not easy when still half asleep. The car’s all packed, so all I have to do is grab my coffee and drive the 30 or so minutes to the ET Batavia Triathlon.

Transition is in a parking lot, a long, dark walk from parking at 4am, but only a few steps from the (way too shallow) converted pool/quarry we’ll use for the swim portion. 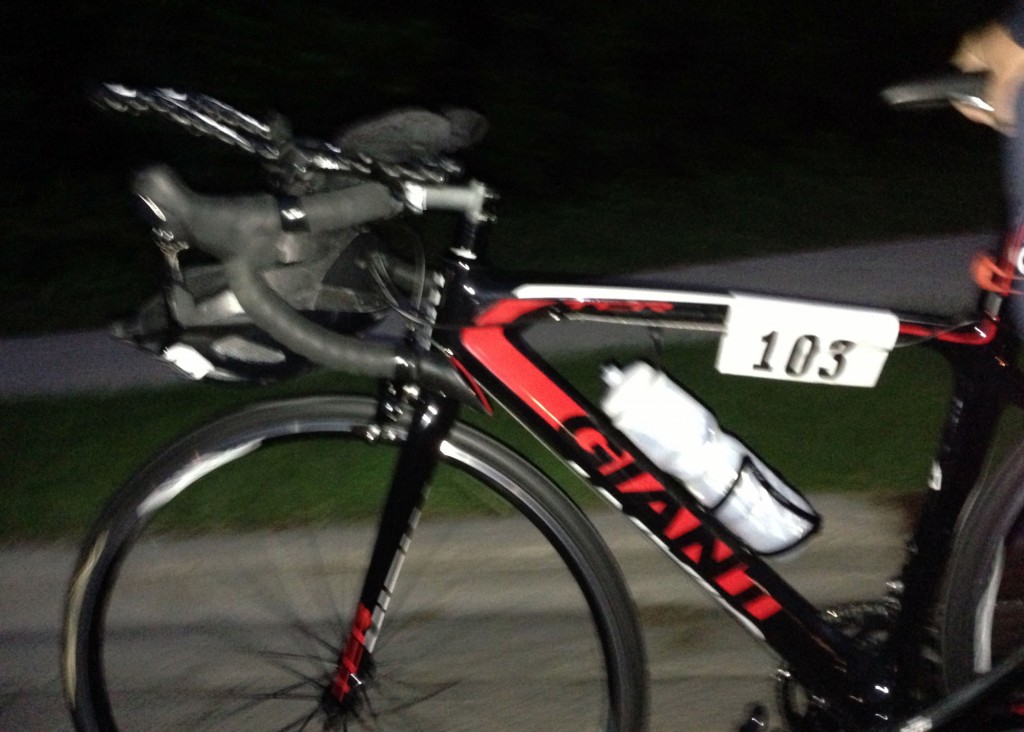 After watching/picking the brains of the triathletes around me, I figured out how to set up transition and got ready to race.

ET starts this triathlon with a few seconds between each participant, with order determined by your self-reported estimated swim time. I gave a truthful time, but I quickly discovered that I was the only one that did so. I found myself literally crawling through slower swimmers.

Note to self: Strong swimmers should lie about estimated swim times so slower swimmers that lie about swim times are not in the way.

The rest of the race was uneventful. A nice ride up a hill and through corn fields and a nice run in the shade along the Fox River. I even got to catch a glimpse of my two favorite guys at T2 and the finish line: 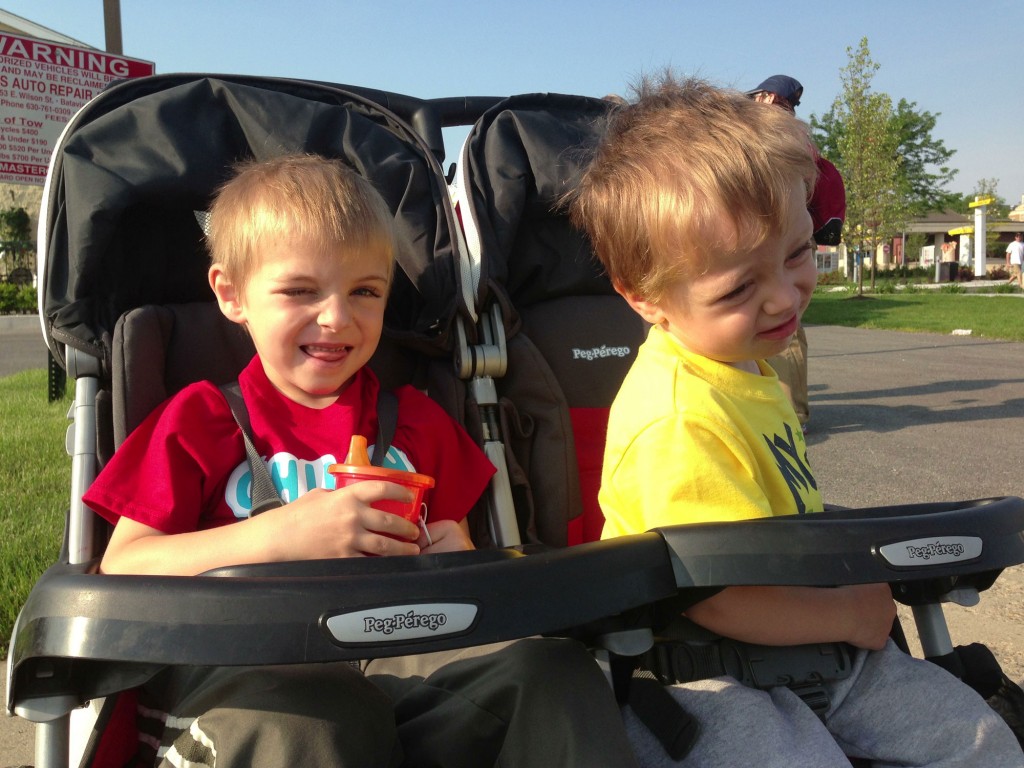 I went out strong and finished strong with perhaps too much left in the tank. Some guy started a sprint with me the last 50 yards, which is a great way to end a race, even though we started at different times. I probably could have cut a few minutes from the run without dying, but as this was my first race, I was a bit conservative.

Overall I was not disappointed, finishing roughly 24th in my division and 116th overall:

I am definitely hooked! When can I do this again?